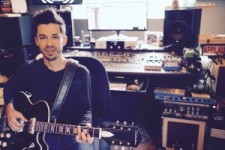 LOS ANGELES, April 8, 2019 (Newswire.com) - Grammy-winner Andrew Synowiec has unleashed a new single, "One of a Kind" from his upcoming debut LP, "Second Story."

A soulful, bluesy ballad, on "One of a Kind," Andrew's guitar performance soars as his band plays with passion and restraint. A true highlight of the song is a heartfelt organ solo by noted keyboardist Fred Kron.

A prolific musician and sought-after guitar sideman, Andrew has contributed to over 25 Grammy-nominated recordings, including his own 2015 Grammy Award win as a member of the L.A. Big Band, Gordon Goodwin's Big Phat Band. When you yourself are a sought-after guitarist and the legendary Steve Vai has positive things to say about your new project, that is high praise indeed. Andrew has worked with A-listers and the who's who of producers, including David Foster, Bob Rock and Giorgio Moroder, most notably on his number one hits with Britney Spears and Kylie Minogue.

Andrew will appear with his band live at the Baked Potato Jazz Club at 3787 Cahuenga Boulevard in Studio City, California on May 1. https://www.thebakedpotato.com

In a unique strategy, Synowiec has released a single approximately every two weeks in anticipation of his album debut. The most recent single (March 22) entitled "Second Story," features psychedelic overtones and dueling drummers that are a throw-back to the sounds of the '60s. Andrew adds, "It is Jimi Hendrix attitude married to Steely Dan harmonies." Watch here: https://youtu.be/zmkfSRrTYo4

Other tracks on the album include "Already Taken," which also hearkens back to the 1970s, melding equal parts NYC after-hours jam session with Laurel Canyon's golden-era folk scene. Andrew's guitar sings with presence and authority. Andrew is joined on "Already Taken" by session guitar legend Tim Pierce. The track is filled out with tastefully understated performances by Sean Hurley on bass, Fred Kron on a vintage Rhodes electric piano, Jake Reed on drums and Blair Sinta lending his creative electronics. It's produced by John Paterno. Watch the video here: https://youtu.be/Asr9IWyWRYA

On "Triad Days" Tim and Andrew push each other to new heights during their guitar duel, while synchronous drummers Blair Sinta and Jake Reed echo the dueling guitars with an infectious give-and-take that is reminiscent of the Allman Brothers and the Grateful Dead. Fred Kron lays down an inspired solo on a vintage Rhodes electric piano, supported by the ever-rock-solid Sean Hurley. Guitar legend Tim Pierce joins Andrew on the track, captured live in a historic Hollywood studio. "Triad Days" brings together the best elements of '70s instrumental rock fused with hip-hop beats and modern harmony. On this track, a feeling of true musical dialogue exudes from the speakers as the listener is taken on a dynamic ride. See the video for "Triad Days": https://www.youtube.com/watch?v=rJCPzQJq4Qo

Andrew Synowiec's debut single, "Albuquerque Blues" from his soon-to-be-released album, "Second Story" (May 3) was released on Friday, Jan. 11, 2019. The positive reviews and reactions have come from all sides, including journalists and peers alike.

Here's what Steve Vai had to say to Andrew: "I really like the sound of this record. Has an analog feel and total group dynamic. Your tone is off the hook beautiful, and the guitar is presented on a silver platter. I also love the daring nature of your melodies and solos. Amazing technique, feel, tone, note choice and phrasing. This is such an impressive sounding and performed record. Feels like you and the boys were actually having a lot of fun with it."

Andrew says, "'Albuquerque Blues' was written for Tim Pierce who is a legendary session guitarist and good friend. Being a session player myself, I rarely perform my own compositions. I wanted to write something that felt instantly familiar. This, 'Albuquerque Blues,' my debut solo single, is taken from the album, which will be released on May 3. The entire album was recorded in six hours at Band House Studios in Hollywood, California. The dual drummer band featuring Bassist Sean Hurley from John Mayer's band is reminiscent of the Grateful Dead and Allman Brothers."

The single, "Albuquerque Blues," was produced by John Paterno, known for his work with Steve Gadd and Robben Ford. The band includes Tim Pierce, along with Sean Hurley and Fred Kron. Two incredible drummers, Blair Sinta and Jake Reed, deliver simultaneous performances that lay down the foundation of this psychedelic sound bath.

Never one to rest on his laurels, Andrew released the second single from the upcoming album on Jan. 25, 2019 entitled, "Gift Horse." With a crisp double-drum attack on a 7/4 funk groove, on "Gift Horse," Sean Hurley lays down a super-solid foundation on his signature p-bass. Fred Kron delivers a trippy Rhodes solo. Andrew's guitar solo channels equal parts Jeff Beck and Robben Ford, while making good use of a psychedelic ring-modulator effect on the melody statement.

Andrew's home base is his private recording studio "House of Syn," designed and built from the ground up by George Augspurger. George is known throughout the world for his expertise in studio design and audio and acoustical engineering. 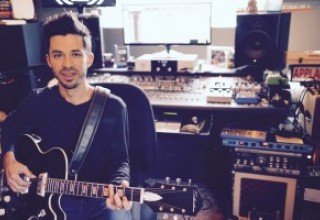 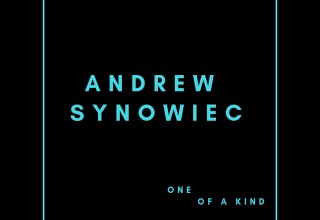 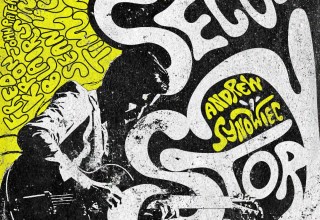 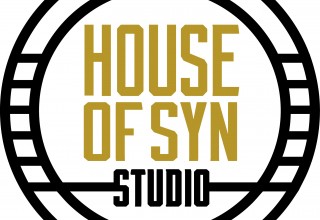